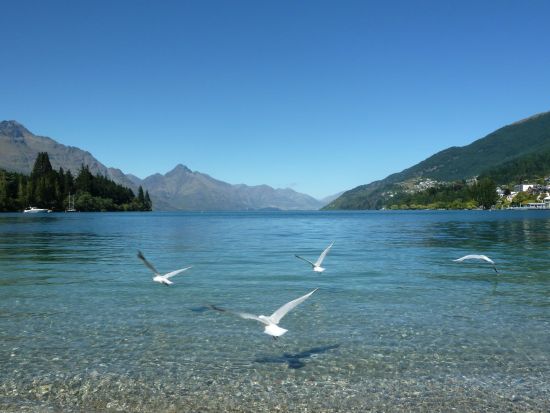 After the devastating 6.3 magnitude earthquake that hit Christchurch on 22 February 2011, I had been meaning to blog about the amazing month we had spent in New Zealand in January, prior to the earthquake. Now 6 months on from the earthquake and the upcoming Rugby World Cup in NZ, I think it’s about time that I wrote about our trip there and help spread the word that New Zealand is very much Open for Business.

If I’m honest, I have to say that, before visiting New Zealand I didn’t know a huge amount about the place, except that Lord of the Rings was filmed there and Queenstown is the Adventure Tourism capital of the world. Pretty much everyone that I’ve talked to who has visited the Oceanic region have either gushed about how amazing New Zealand is or how much they regret not visiting New Zealand. Its a sad fact that when many people from my part of the world who decide to head to the southern hemisphere, New Zealand often gets overlooked in favour of Australia. Here are just some of the reasons why New Zealand should be high on anyone’s agenda.

We landed in landed in Christchurch on New Years Day after celebrating the New Year in Melbourne. Needless to say, we were feeling more than a bit worse for wear. Despite sleeping most of the flight I awoke as the plane was reducing altitude to prepare for landing in Christchurch. Looking out the window towards the ground I could see snow capped mountains and I could already see why this was the place that Peter Jackson chose as his location for ‘Middle Earth’ from Lord of the Rings.

There are very few places in the world that can offer up breathtaking scenery around every corner. New Zealand is definietly one of those few places though. Pretty much the whole country, both North and South Islands can offer something that makes you go ‘WOW!’. Its a sheer pleasure driving, from the roadside waterfalls , vast mountain regions, Glaciers and crystal clear lakes of the South Island, to the Volcanoes, bubbling mud pools and stunning beaches in the North Island. Never once was I bored driving in New Zealand.

I’ll never forget the first New Zealand sunset when driving into the seaside town of Kaikoura. The sky had turned to and orange-purple gradient over the sea as the sun was setting. I have never seen anything like it before. This sunset marked the start of many unscheduled photo-opportunity stops through out the New Zealand leg of the trip. If I had to sum up the scenery in New Zealand in one word, the only word that would come even close to summing it up would be EPIC.

New Zealand has a reputation as the adventure capital of the world. A reputation it is very proud of, and rightfully so. If its extreme, adventurous or scary in any way, New Zealand offers it. You can do Bungee Jumps, White Water Rafting, Skydives, Mountain Biking, Jet Boating, mountaineering, rock climbing, the list goes on. When the winter arrives you also have the added option of world class Ski and Snowboarding.

The main hub for most of these activities is in, and around Queenstown on the South Island. Being a bit of an action-man myself I couldn’t resist getting in on the action by doing a Bungee Jump, Jetboating and Bungee Swing in Queenstown. David, a friend from home, was even convinced to take part in the activities and successfully completed all the challenges he was set, although he did need a slight ‘nudge’ of encouragement for the Bungee Jump.

Donna even got in on the sense of adventure by celebrating her 26th birthday white water rafting . This wasn’t just any tame trip down the river, it was a Grade 5 white water rafting that boasts ‘the highest commercially rafted waterfall (7m) in the world’. If this was going to be her only adventurous activity in New Zealand, I was going to make sure it was a memorable one. It certainly was for me, watching her face as each set of rapids approached.

Something that you learn quite quickly while travelling is that its never just the locations or landscape that makes a place; it’s the people that make it special. This is especially true of Kiwi people, they are some of the warmest, genuine, helpful and friendliest people I have ever met. This was immediately apparent from the moment we arrived in Christchurch airport. People were always eager to help out, offer advice, or just strike up conversation. This trait was pretty much universal in New Zealand.

Bus drivers, in particular, were surprisingly helpful in ensuring we got the right bus, got off at the right stop and even stopping to pick us up, despite being at the wrong stop. Another example was when we were trying to find the right road to Papamoa beach and we asked a lady on the street where the nearest iSite (tourist information) was. She was unsure of where it was but walked us up the street to her car, produced a map and explained how to get to Papamoa beach. She even gave us her road map to keep.

New Zealand has something to offer everyone, and is a place that should be high on the list of priorities for anyone visiting the Oceanic region of the world. It’s a place I definitely earmarked for a revisit, maybe even an extended stay.