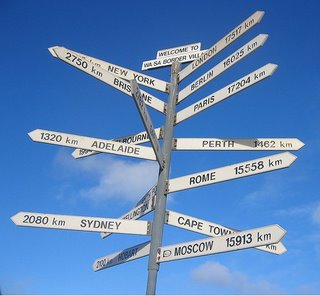 Travelling gives you the luxury of meeting new people.

Before embarking on a trip, hope and pray you like the people you do meet because it’s not going to be the last you see of them. I don’t know if it is because we cling to our photocopied or otherwise ligit copies of Lonely Planet but these days most of us are heading in the same direction.

It might just be a faded concept that the travelling folk are all hippies with backpacks that whip out a compass and let the wind take them to the next town.  More so nowadays, most backpackers end up doing a fairly similar route when covering a country and therefore, you end up spotting people you know along the way.

South East Asia was great for this. Meeting people during tours, chatting to them randomly on the street or spotting them on a bus, however you met, you’d be guaranteed to see them again in said country or the next. 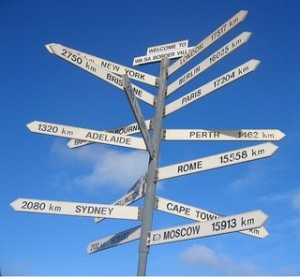 If you really wanted – you could call it a modern day serendipity – fate bringing all these people together time after time but it’s kind of crazy to think how you can bump into someone in three different countries considering the distance and time spent travelling between them.

Phil was the best example. It happened when we were tubing in Laos. We got chatting to Phil because he was from 20 minutes down the road from me in Ireland. It was one of those short “We’re from the same place” conversations lacking any great detail.

Moving on with our travels, I think we might have bumped into aul Philly boy at least 5 times again…in Laos, Vietnam and Cambodia, never really finding out much about him when we chatted but it became a running joke to us that we’d spot him in the next town without a doubt. He even bought a South America Lonely Planet guide before he left to go home to Ireland so I’m guessing we’re going to see him there too at some point.

It is obvious that over this huge span of land, meeting people time after time following a similar intinerary is bound to happen. Ok..but how can you explain when it happens just living in one city?

Brisbane is another place that you are guaranteed to bump into people! It’s that kind of place.

I got chatting to a guy on a bus one day coming home from work and we got talking. Of course I never passed any remarks after meeting him and went on about my business.

A few weeks later… on a different bus route – I see him again. Making the usual “oh fancy seeing you here” chat I get off the bus and think nothing more of it.

Three months later, I start a new job and of course who is sitting in the office…but my bus friend!! We don’t run in the same circles, live in the same area or know the same people but have bumped into each other randomly on quite a few occasions!

Regardless of routes, money or committments… it’s something you can guarantee will happen and  will keep you on your toes as to who you might see next.