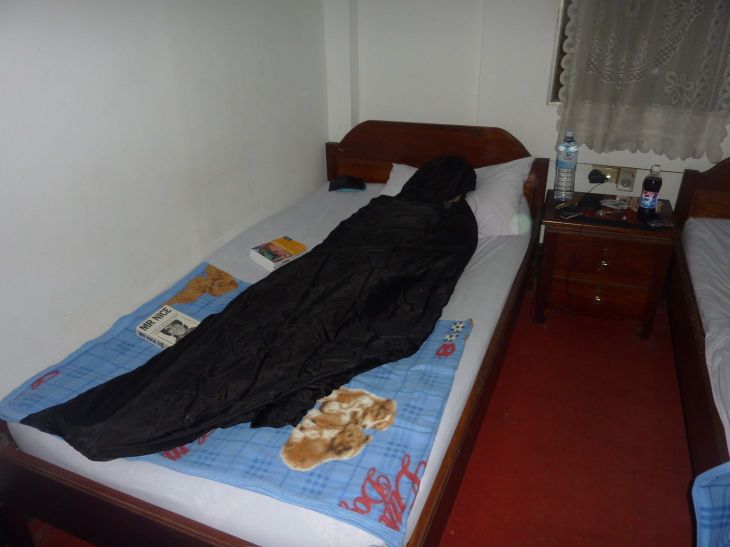 Here are a few of the best bits of 2010 in photographs. Behind every picture there’s a witty story usually so do read on through them and enjoy! 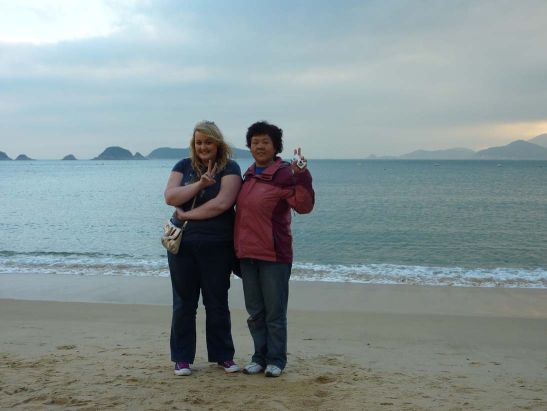 Hong Kong. The beginning of the trip and the beginning of my stardom among the Asian population. This woman purposely made her way over to me to ask could she get a photograph with me. So started a wave of Asian men and women asking me for a pic with them…or just randomly taking photos of me in the street. Oh to be famous eh? 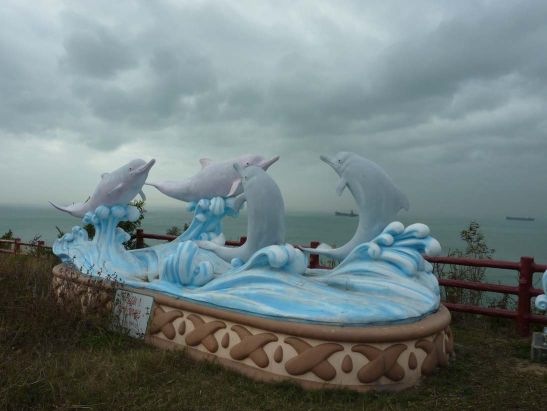 Another start to something that would become a regular activity within our year away. Gareth’s love to trek up steps and take great joy in watching me clamber up behind in the distance. This is the first example of a steep trek up a mountain in Hong Kong to get the best viewing spot to see white dolphins. Alas, the only dolphins we saw that day were the white plastic kind that were planted on top of the mountain. Worth the trek?… I think not. 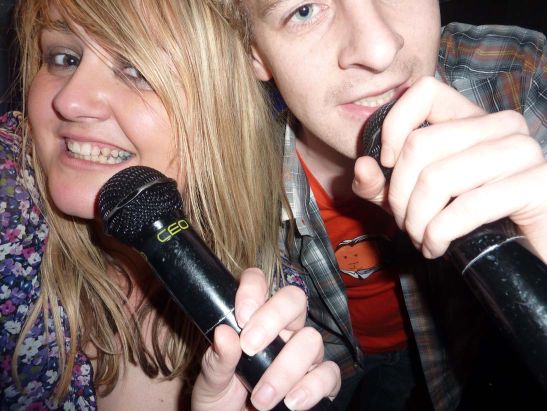 You learn something new about the person with your travelling with every day. This day I learned of G’s excellent karaoke skills. Asking the taxi to bring us to the nearest karaoke bar… we were escorted to a hotel converted into a karaoke establishment. We were brought to our own private room…feeling like a prostitute checking into a cheap motel..we were told to be out by 5am. “We’ll only sing a few songs…we’ll be well gone by 2am,” we thought. Cue getting back to the hotel at 6.30am with a McDonalds breakfast in tow. 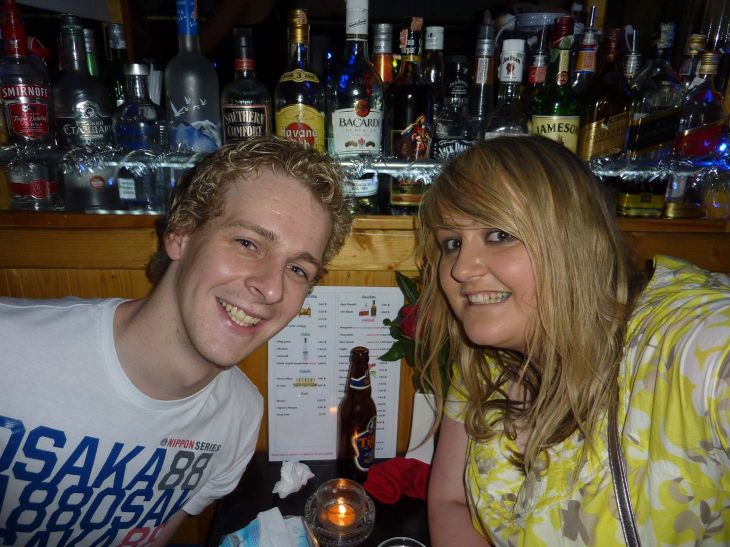 One of the best things about Bangkok. The street bars.. a little shack rolled out onto the street for drunk locals and tourists alike to go have a drink after you’ve been to a club or bar. We loved a particular Lisa Street Bar and visited Lisa all 4 times we were in Bangkok. 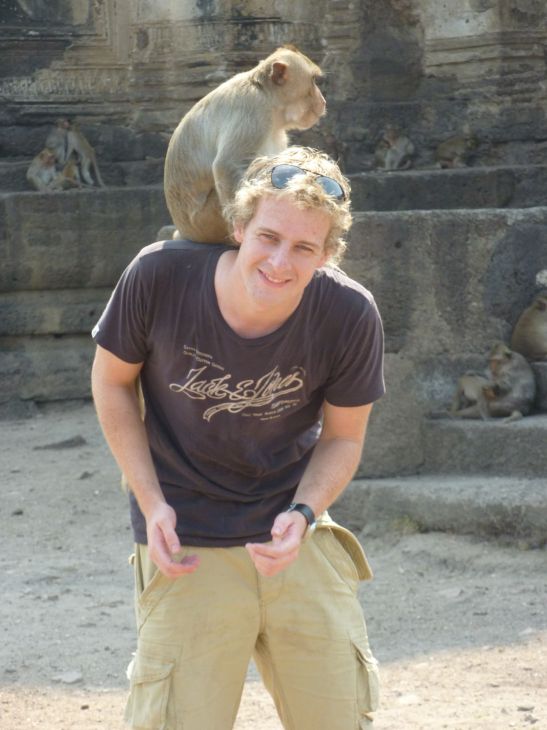 One of those stops most people overlook but was key for entertainment value. Seeing the renegade monkeys run riot around Lopburi was a real pinnacle of culture shock for us. These monkeys use telephone wires of the town as their own  personal playground and climb the windows hoping to get a snack from people inside. Just after this pic was taken…the cute little monkey started pulling G’s hair and he found it very difficult trying to shake his new friend off!! 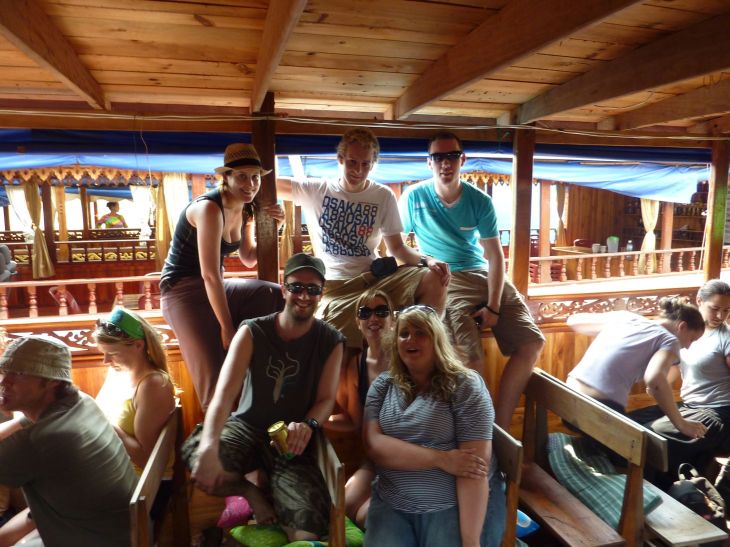 The Laos Slowboat. All smiley faces as we get down early to get the “best seats” on this coffin ship. Of course Murphy’s Law follows us about with latecomers getting put on a second boat with big comfy leather airplane style seats as we’re left to do the 2 day journey on wooden pews. Typical eh? The beginning of the trip that seen us stranded on the beach for the night. Only in Asia!

What can you expect for $3 dollars a night? At Mr Miagi’s guesthouse in Luang Prabang.. G looks like the grim reaper as he doesn’t trust the sanitary standards in the room. I learned a lot throughout the year…one thing being – if G whips out the sleepliner…then we’re definitely sleeping in a shithole! 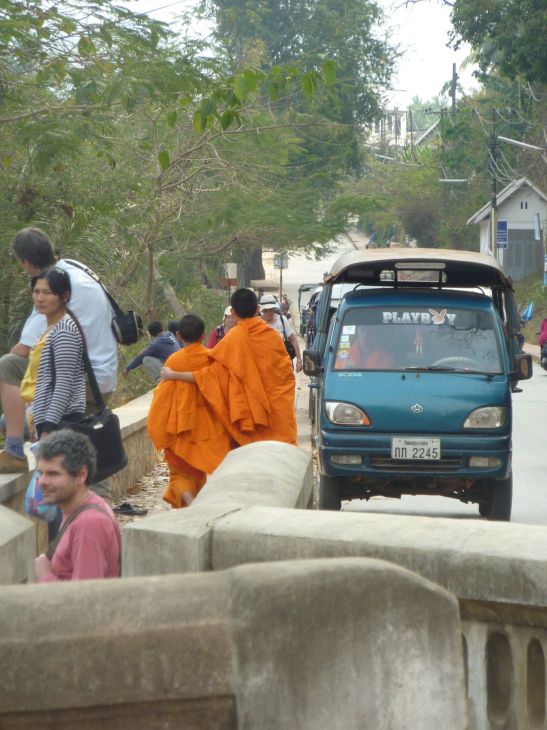 Monkstalking! I love this pic. Monks are very friendly with each other as we got this snap of two friends walking along the street… and have no embarrassment by putting their arm around each other… although the irony of them walking past a van with “Playboy” and a monk inside in it just sums up Asia in a photograph. 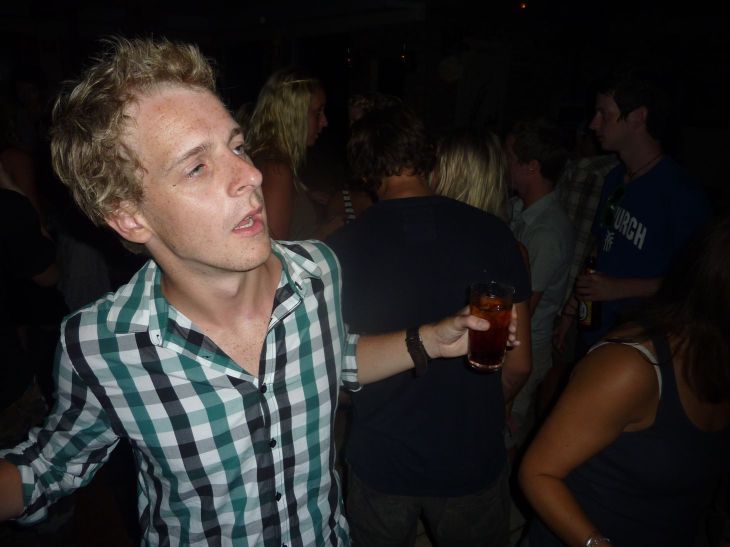 St Paddy’s Day – This expression sums up how drunk we all were in one hilarious snap. 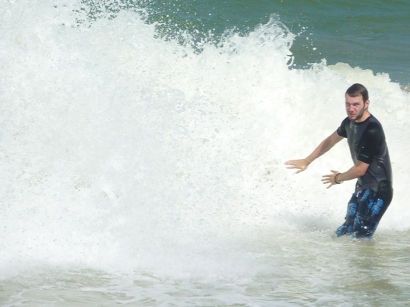 What a way to get over one of the biggest hangovers ever – a day at the beach. Nha Trang has some of the best waves as George experienced by getting beat about. Great to clear the head and have a good laugh…battling the monstrous waves was one of our favourite things to do in the beach town!